In late August we return to the old Bahnhof at Bralitz for four days of music, dancing, home cooked food and lake swimming.
This year we’re joined by our mates Firestations and Tom Hatfield from the UK, together with friends old and new from across the continent.
Tickets are a ridiculously reasonable €22 for the weekend, including camping; children go free. So join us!
If the good music, delicious food and sheer conviviality of it all isn’t enough, we’ve heard a rumour that there might be a water slide at the lake this year too….

Bralitz is about an hour’s journey time from Berlin. Trains every half hour from Berlin Hbf to Eberswalde Hbf, where a little branch line train runs to the nearest station at Bad Freienwalde. It’s a short taxi ride from there to the festival site.

Our new concept single, “Two songs about buses” is our first release on Gare du Nord Records, and is  available to pre-order as a limited edition cassette and booklet now! We launch Read more… 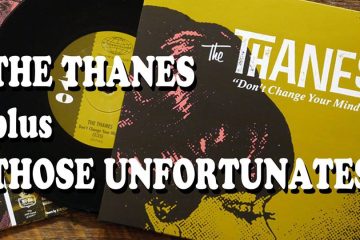 Scotland gigs with The Thanes

Update: Due to both railway lines and all the roads from England to Scotland being blocked with snow, we have regretfully had to cancel these shows. We shall return! Somehow! Some time! We’re heading up Read more…