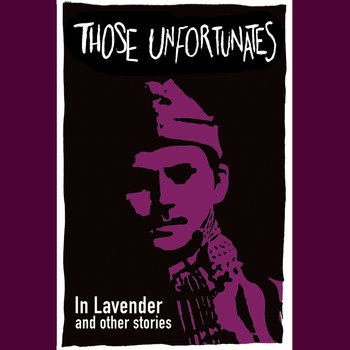 The final release from the band’s debut album, Nothing Isn’t Beautiful, plus four completely new, unreleased tracks from the album recording sessions.

Lead track and album standout, In Lavender is a jangly burst of melodic melancholy. Singer Seb Brennan looks back on an ended affair, cursing his foolish sentimentality, and wondering whether history has to repeat itself, and if regret is the only option.

Druid Lane is a fuzzy sub two-minute cloudburst of existential angst; Woodlouse and Mirror showcase two sides of slow-burning psyche – the former a Barrettesque tale of late summer inertia; the latter a love song wrapped up in a riddle.

The EP closes with Fountayne Road, a sombre garagey shuffle in which Brill channels Alexander Baron’s The Lowlife to frame a world viewed from the wrong side of a window.

Along with the rest of Nothing Isn’t Beautiful, these songs were arranged and recorded live in a borrowed cottage in Litcham, Norfolk, over two winter weekends. Producer/Engineer Thomas Hatfield (The Good Gods, Wall Sun Sun, Stats), beautifully captured every creak of the room, and the sound of a band finding a new way of playing together.

Songs: Those Unfortunates. Recorded and Produced by Thomas Hatfield.